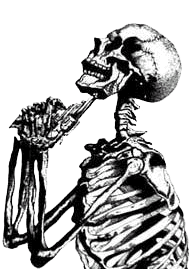 One more day till my Birthday, Chocolate Cake here I come! I'm getting a Wacom Intuos Art Graphic Tablet. (I hope) I'm kinda obsessed with art but whatever. I'm binge watching adoseofbuckley videos so let's see what happens. I've finally finished watching Interview With The Vampire. It was fabulous and Lestat was awesome.

I finally have my Wacom! I wonder how it works. Anyway, I really hope that I can make good art. I feel kinda deppressed though because of the complications with the software downloading. I guess I'll just keep on watching The Bible Reloaded. LOl just tried to watch Twilight: New Moon until I died from brain cancer

I'm officially one day older! I'm watching fight club for the second time *sigh* it's kinda getting boring but I still love the nihilistic overtones. I also had this very weird dream so yeah. I really like this artist called Zomboy, one of the few great dubstep artists these days. But Daft Punk will always be the best edm artist ever.

Uhhh, On Wednesday I have to go to the dentist but on Thursday I can go to the royal show. I really want the red earth showbag or the coast to coast skincare showbag. But there is the loooong train to The Royal Show, but who cares? I love The Royal ShowSuch cute Kittens and Dogs. (Much Kuwaii Desoo)

Nooooo! Tommorow I have to go the Dentist! So I'm going to brush my teeth every time I eat. The Presidential debate is pretty interesting, I think Killary Clinton is winning, No!-nald Drump is kinda lagging behind, I can't believe he isn't paying his taxes. (omg)"

Um, my dentist appointment went fine, no teeth-cancer as WebMD predicted. But Whatever, anyway I have to go to the Royal show tomorrow so I hope the Showbags aren't to expensive. Besides, Hillary, sorry, Killary probably won the de-bate.

The Royal Show was great. The baby goats looked adorable and so did the plethora of XTREME rides. I bought like $70 worth of showbags but believe me, it was worth it. Anywho! I purchased a beautiful wooden Katana-sword?. Good day.

Yep, it's me. I'm writing this from my library's loan computerv since my family heartlessly abandoned me. Anyway, I finished writing about Write4Fun is a scam and sorry for the short length, my computer malunctioned. I'm not good with computers.

I can't believe that Onision broke up with Laineybot, I'm doing a react to a transcript by eoliveson. I don't watch Collen and Josh but so much couples are breaking up! I actually don't care but it's weird. I really hate Onision though.

Am I the only one that really likes Starboy by The Weeknd ft Daft Punk. Obviously I came for Daft Punk but I was disappointed. Ah well, I liked the song though. I'm kinda sick of all the anti-feminism and feminism, it's really repetitive.

I almost forgot to write my blog post. Oops. Anyway apparently today, Kim Kardashian was apparently robbed at gunpoint. I hate Kardashian but no-one should be robbed. I listened to the new Niall song. It was terrible.

Arrrgh I almost ofrgot to post...again. I'm going to delete all of my posts because it's unneeded and it's boring. Moving on, Ive made some vaporwave art which I will post later. I really love the aesthetic of the art. So anti-consumerist.

Today I bought these cute malaysian 50c cosmetic masks from the charity, I also got this tiny shampoo and fragrance sample. It was so cute. I honestly think they stole them from the hotels but still...cute. I've also got a little pdf here about music (acid house, vaporwave, synthwave).

I've created a new website Project Psychedelica. WIth synthwave art. (not done by me, see FAQS)basically just click on the image to go to the next page. I also have a couple books on the faqs page. Anyway I hope you like it. I'm going to school on Tuesday though so I have alot of studying to do.

I finished watching The Conjuring. It was surprisingly christian and on sunday I'm going to watch Mrs Peregrine's Home for Peculiar Children. I really hope Burton doesn't butcher this adaption. Moving on, I got The Avalanche's new album, I don't even listen to their music but I liked Frankie Sinatra.

Tomorrow I'm going to buy the Discovery album. (Yeah, yeah, I know it came out in 2001, whatever). I think that one of these days, every single movie will be an adaptation of a timeless book. Ugh. BTW Halsey's new single Colors is very...weird (it's colours, America)

Woohoo! What a day, I went to the cinema and watched Mrs Peregrine's Home For Peculiar Children. I'm so glad that they didn't changed it into a kid's movie. I also bought Discovery (yaay). I quite like the Aerodynamic track. I've also got the Frankie mag. Nice

Oh God, tommorow I have to go to school :(. I hate school. Lately I've been under alot of stress and to top it all of, I sprained my arm. Great. I'm going o have a check up with my doctor 12/10/16 so hopefully I'll be fine.